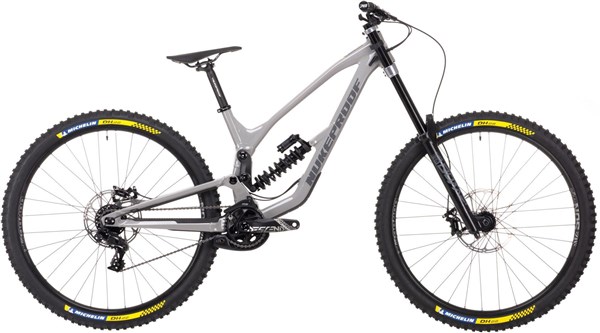 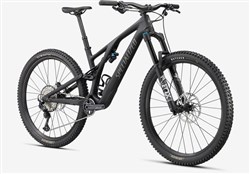 Racing is in our DNA. It comes from being developed and tested in conjunction with the world’s fastest racers.

The Dissent platform was originally conceived by our engineers as a concept to test several progression curve theories at once. However, in turning the theory into reality, we created something much better than expected, and the prototype won on its international debut at Crankworx festival’s Garbanzo Downhill race with Sam Hill. It is not uncommon for different world cup riders to want a slightly different characteristic to one another depending on factors such as their riding style and whether they run flat pedals or not. The DISSENT takes this into account with an adjustable main pivot flip chip, designed to essentially work like a bottomless token for a coil shock. The DISSENT Frame now offers riders the choice of 4 main pivot positions, which alter how progressive the suspension is. Cleverly the geometry and travel do not change between positions. Note: The sag difference between each setting is around 1% so you should not need a different spring rate.

The Main pivot flip chips are fast and simple to change and offer a tailored factory set up for every rider! Further custom tuning can be done via our new 3 position adjustable chainstay features interchangeable dropout inserts (435, 440, 445mm). The chainstay flip chips allow you to alter the wheelbase by 5-10mm depending on the type of track you’re riding, your height or riding style. The settings are as below

Setting 1: 17% Progression – This is the setting that is most similar to the Pulse frame but with more mid-stroke support. It starts with the least progressive rate off the top, has the most mid stroke support and then ramps up the least at the end. As used by Sam HIll
Setting 2: 21% Progression – This is what we consider to be the Goldilocks position. (Its’s just right!) I.E. It suits most riders most of the time and as a result this is the setting we recommend and will ship the bike in.
Setting 3: 26% Progression – This is the position that Adam Brayton prefers and has raced to several medals already this year. If it is progressive enough for “Gas to Flat” himself, then it is probably progressive enough for you too!
Setting 4: 30% Progression - It starts with the most progressive rate off the top (Most supple over small bumps), has the least mid stroke support but then ramps up the most at the end. This is the setting that we would use for riding a bike park with loads of braking bumps and massive jumps/drops.
The combination of frame adaptability, a custom hydroformed 6061 aluminium tubeset, a confidence inspiring 63-degree head angle and 200mm of travel via our new Dissent platform make this bike the privateers dream. The centrally-positioned shock and linkage system ensure optimum handling while other features include a true 1.5” head tube, ISCG 05 mounts and a 157mm x 12mm rear axle to keep things stable at the rear