Moustache founders Manu and Greg began their e-bike business with a simple aim: to help people leave their cars in the garage. Little did they know that 10 years later, Moustache would be helping so many people choose two wheels over four.

Since their inception, Moustache who are based in the far eastern corner of France, have focussed solely on e-bikes. Designed and fully built in France, you won’t find any Moustache bikes without electric assistance. OK, there is one - just one – but it’s a knockout out of a kids balance bike!

Due to that laser focus on electric bikes, it’s no surprise to hear that Moustache believe that bikes with a soupçon electric assistance are the future of our urban environments. As such, you’ll spot thoughtful touches on every Moustache electric bike – features like integrated lights and robust mudguards.

What began in 2011 as a condensed range of seven electric bikes, has quickly expanded into an e-bike tour de force. Indeed, today’s Moustache e-bike range consists of over 65 bikes with every model powered by a Bosch motor and battery and controlled using a Bosch display.

Moustache’s commitment to Bosch e-bike systems has been extremely fruitful, enabling them to work hand-in-hand with the electric specialist to design bespoke solutions for their bikes. Purchase a Moustache e-bike and you can ride away confident in the knowledge that you’re onboard the most up to date, technically sound two-wheeled companion. 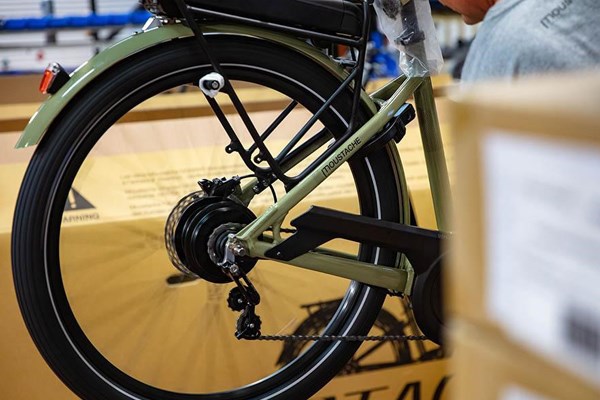 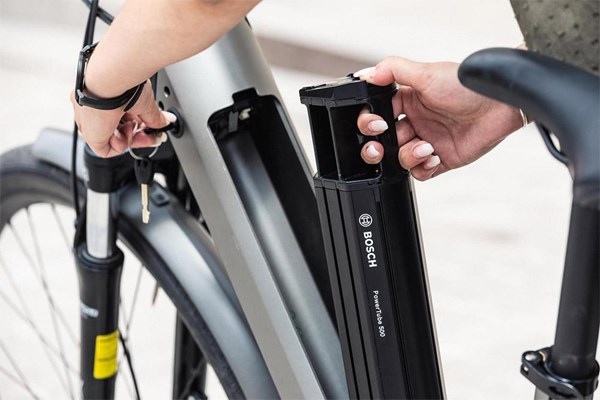 Stylish yet practical, Moustache electric hybrid bikes are just the ticket for the 9-5 or trips down to the shops and back.

As we alluded to earlier, Moustache works extremely closely with Bosch when designing their e-bikes and shining example of their collaboration is the neat battery integration on some 2020 bikes. A specific dock allows the battery to sit lower in the frame, sliming down the bike’s frame and lowering the centre of gravity – something you’ll appreciate spinning around town. The dock also makes removing the battery a doddle! 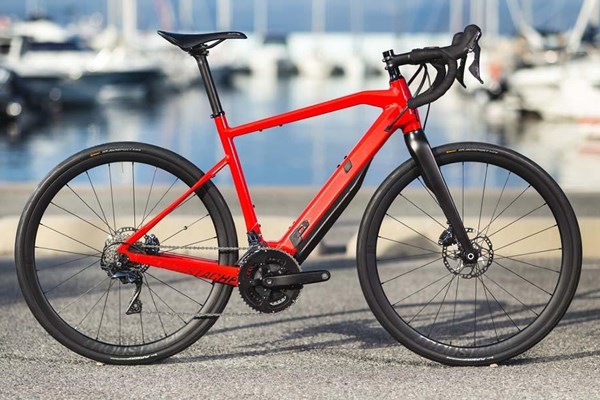 Dimanche or Sunday is Moustache’s electric road and electric gravel platform. It’s a road bike fit for 2020 with 32c tyres and tubeless-ready wheels sitting alongside Bosch’s Active Line Plus motor.

The practicalities haven’t been forgotten either – every Dimanche has mounts for mudguards and a luggage rack. Searching for something left-of-field? The Dimanche 29 is Moustache’s electric gravel bike. It features Shimano GRX, 50c tyres and a drop handlebar with extreme flair. The top-end model, the 29.5, even rolls off the production line with a dropper post! 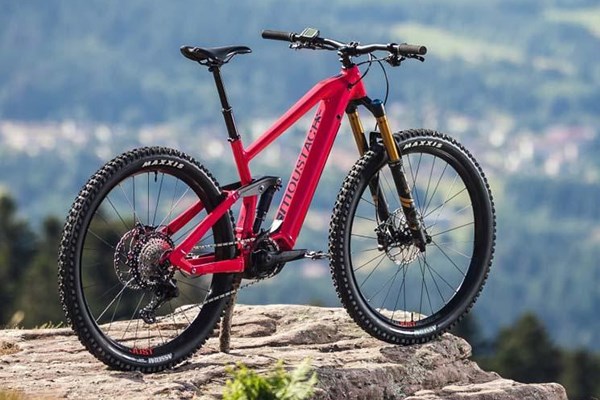 Eye-popping Moustache electric mountain bikes have most of the mountain bike bases covered; from short travel trail bikes to big-hitting enduro rigs. If you like the look of one of their off-road models you’ll be pleased to know that they’ve been tested under the toughest conditions.

Shop All Moustache Bikes
We use cookies to provide you with the best possible experience. We also share information about your use of our site with our social media, advertising and analytics partners. View our cookies policy to find out more