Completely redesigned, the new Roubaix is faster than ever while retaining the smooth cobble taming ride. In this Specialized Roubaix review we look at the 2020 range from the affordable Sport model all the way up to the S-Works Peter Sagan replica.

Specialized have improved the aerodynamics of the new Roubaix which is now significantly more aero than the previous bikes. The framesets are also much lighter and the new Future Shock 2.0 is a properly damped cartridge that can be adjusted on the fly to adapt to different road conditions.

The aero credentials of the new Roubaixs have been seriously upgraded. This is thanks to the Free Foil tube shapes and the dropped seatstays. In back to back testing, with identical stack and reach, the Roubaix has better aerodynamics than the Tarmac SL6. To prove the point a Roubaix won the Iconic Paris-Roubaix spring classic in the same week that the new bike was launched.

With its endurance geometry, the Roubaix has a more relaxed riding position than the Tarmac or Venge. This makes it a perfect sportive bike. However Specialized will soon be releasing ‘Team Geo’ models that have a more aggressive race geometry with a shorter reach and lower stack height, similar to the Tarmac.

The new Roubaix is gender neutral and is made for both women and men. Analysing the vast database of digital fit data acquired by Retul bike fit helped Specialized to put aside traditional assumptions about gender differences. Component spec will vary with sizing and saddle widths will be available in different widths to suit male or female sit bones.

The new Roubaix handles like I’d expect a Specialized race bike to: it cornered expertly and was predictable on descents. Flicking around roundabouts and railing into corners was a joy. Cycling Weekly

Smoother is faster – there’s absolutely no doubt about that. I even found myself relaxing over pointing the holes and gravel in a bunch – it was easy enough to sail over them. Cycling Weekly

The concept of making a bike compliant, so that it rolls easier over rough surfaces and reduces rider fatigue, is nothing new. It is the way that Specialized have achieved this that makes the Roubaix special. The Future Shock cartridge sits in the headtube and offers 20mm of travel between the frame and handlebars. This means that the bike moves towards the rider to absorb bumps on the road and maintain traction. As well as making the ride incredibly smooth, this design means that the wheels are still directly connected stiffly together in the frame, so the handling is also far more predictable.

The Future Shock 2.0 fitted to the Expert, Pro and S-Works models takes this concept to the next level. With hydraulic damping the 2.0 has controlled rebound and feels a lot smoother. An adjustment dial on the top cap allows you to firm up the shock on smooth sections of road and then open it up when the going gets rough.

Pave seatpost for a smoother ride

Each model in the Roubaix range is fitted with the new S-Works Pave seatpost. The D-shaped design offers more compliance than the previous CG-R seatpost. This, combined with the low seat clamp (also redesigned with simple one bolt adjustment), offers more comfort in the saddle to match the smooth feel of the front end. The bikes also get a threaded bottom bracket to address the problems that some riders had with the press fit BBs on the previous models.

Each bike now gets hydraulic disc brakes which offer powerful and consistent speed control in all weather conditions. Starting with the Sport model you get a Shimano 105 groupset moving up to Ultegra on the Comp. Electronic groupsets are found on all the rest of the models with Ultegra and Dura-Ace Di2 alongside Force and Red AXS wireless groupsets from SRAM. Compact chainsets and wide range cassettes are fitted to each model.

With disc brakes on every model the Roubaix is ready for all-weather cycling on even the most challenging road surfaces.

Take the rough with the smooth

When climbing, the Roubaix feels as balanced and capable as the Tarmac, helped in no doubt by the latest Roval wheels. Bike Radar

Built to take the rough with the smooth the Roubaix features slightly wider 28mm tyres, with wheels that can take a hammering without slowing you down on the climbs. Both the S-Works and the Expert bikes feature Roval CL or CLX wheels, with carbon rims for the ultimate in robust, lightweight performance. The Expert also gets Roval carbon wheels with the new C 38 rims that offer high-performance at more affordable prices. The Sport and Comp bikes are both fitted with DT Swiss R470 disc wheels for reliable all-round performance.

All the wheels are shod with Specialized Turbo Pro or Turbo Cotton tyres that are fast, lightweight and tough. The 28mm tyre width offers a little more cushioning while the GRIPTON compound on the S-Works Turbo Cotton tyres combines low rolling resistance with excellent grip levels.

the most comfortable bike I have ridden to date

I wasn’t expecting much from the new Roubaix as thought the idea of suspension in a road bike was nothing more than a gimmick. However, taking the Roubaix out for a 30 mile spin after work left me pleasantly surprised.

After some fast riding with the chain gang, where I noticed the lack of acceleration compared to my usual Giant TCR, I sought out some gravel tracks and rough roads to give it a fairer test. On these harsher surfaces the Roubaix truly came into its own and I found myself looking for pot holes to see how much it could take. This Roubaix offered such a smooth ride and the flex in the seatpost meant I could just pedal through it all instead of having to leave the saddle for the harsher stuff.

The Roubaix was surprisingly light and more agile than I expecting and is certainly the most comfortable bike I have ridden to date.

Great for sportives and endurance road bike races, the Roubaix isn’t restricted to gruelling rides over cobbled roads. This is a bike that offers benefits to all cyclists who are looking for a smoother ride without sacrificing speed. The Future Shock and Pave seatpost smooth the road so well, without losing any efficiency, that there are not many riders that won’t appreciate the benefits that the Roubaix offers.

While the movement under the bars may seem a little strange at first you will soon realise that there are great benefits to having a bike that is stiff and efficient, with predictably good handling, while still offering great traction and of course a bit of added comfort. The Expert, Pro and S-Works bikes have the advantage of being able to firm up the shock on smooth roads, so you get the best of both worlds. 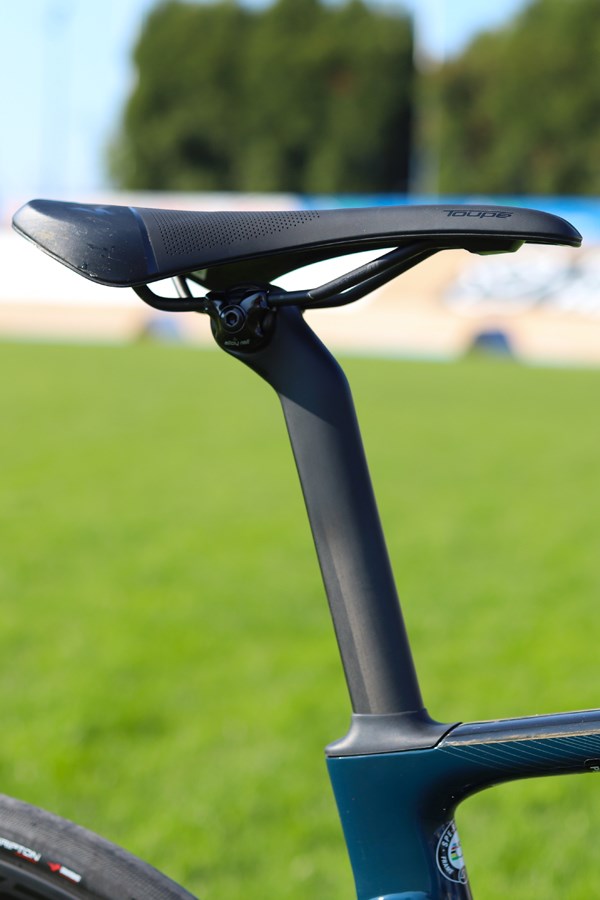 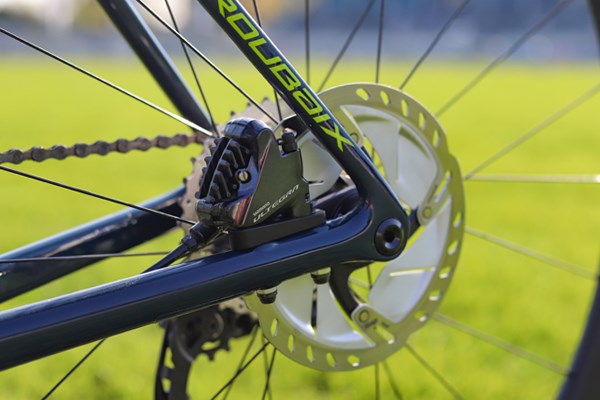 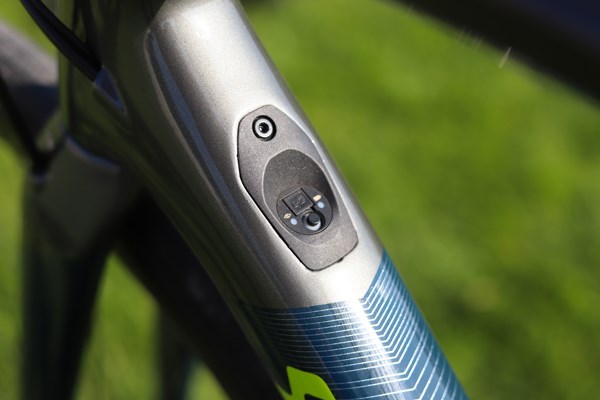 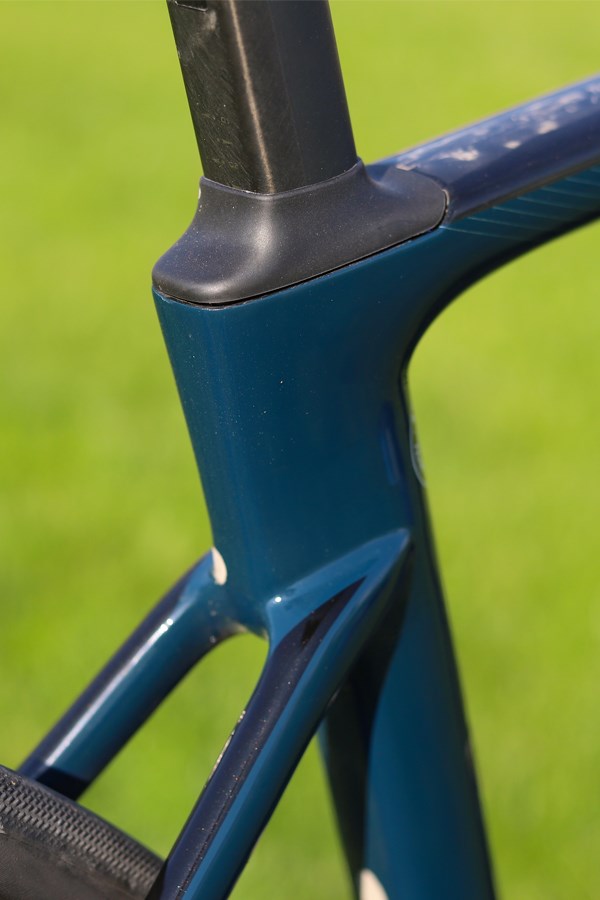 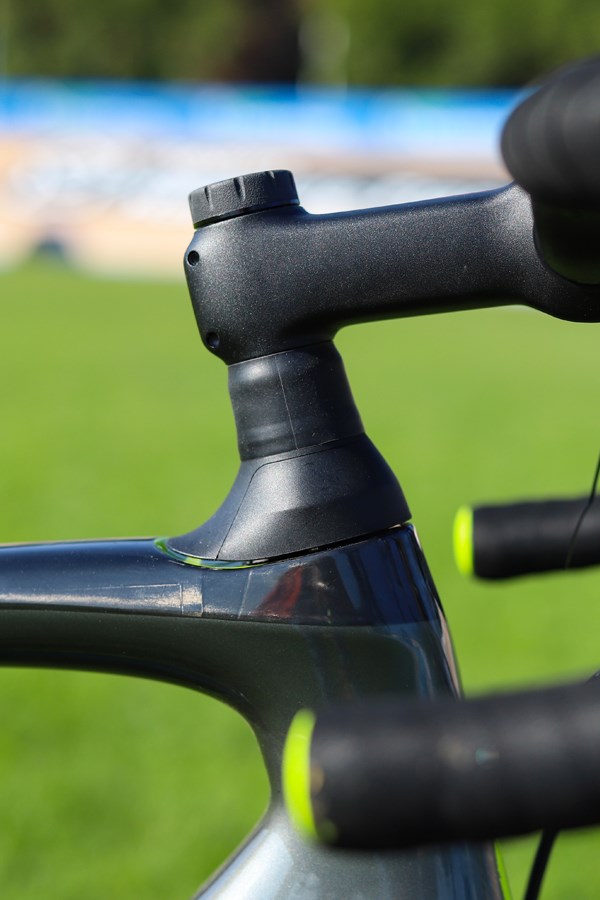 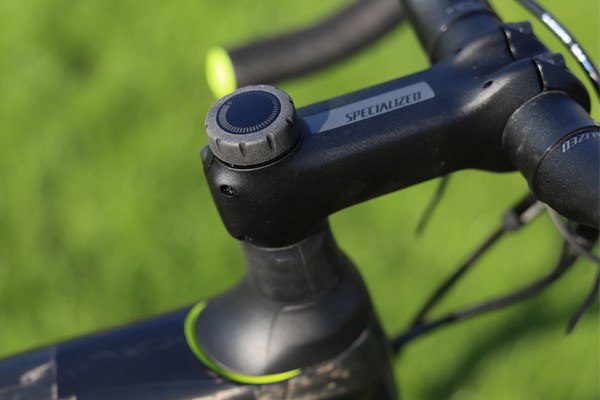